Coaching is available 7 days a week and is tailored to the individual’s needs using both the extensive outdoor practice facilities along with the indoor simulator and video coaching system.

This provides a much faster learning experience allowing the player to visually see the improvements made throughout the session.Within the Studio we have a multi-camera video coaching system & software by Gasp Systems. The system allows us to capture and analyse the golf swing in great detail to help you get the best from your lessons. 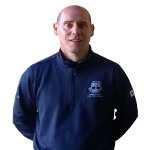 Andrew has worked at Conwy Golf Club since 2002 first as an Assistant to long serving Club Professional Peter Lees who retired in 2013 after 47 years at the club. Andrew was promoted to Club Professional and has since re-furbished the Professional shop bringing in new brands and a greater range of products and services along with opening an Indoor Coaching and Club Fitting Studio. Having taken the game up at the age of 15 Andrew joined a local Club in his native North East and played on and off before taking up the position of Assistant to Stephen Bradbury at Houghton-le-Spring Golf Club who incidentally had worked for Peter at Conwy many years earlier. A move to Chirk Golf Club just outside Wrexham then followed during which time he attained Club and County Scratch Champion titles before turning professional in 1995. With nearly 30 years in the business, he brings a wealth of experience and knowledge to Conwy where his relaxed and friendly approach serves the Club well.
Book a Lesson Book a Fitting 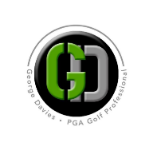 George started here at Conwy Golf Club in May 2014 and was his first full time job in the golf industry, he adapted himself to the new working environment with excellent help and guidance from our Club Professional Andrew Blake. He successfully completed the PGA Foundation Degree in 2018 achieving a National Award for finishing 11th out of 280 students in the Assistant of the Year Awards along with Year 3 Assistant of the Year Award for the PGA in England & Wales (North). George currently assists Andrew in the Professional Shop part-time spending his remaining hours at the Club coaching. He has his own coaching brand image ‘Davies Golf’ where his passion for coaching individuals and groups of all ages and abilities sees him with a busy teaching diary every week. He is self-motivated to continue this professional delivery and continue his career as a successful PGA Golf Professional and Golf Coach.
Book a Lesson Book a Fitting

Whilst we investigate, please read our page on the email whitelisting and ensure you've added me to your Safe Senders list